I called my travells an Udasis, taken from the travels of Guru Nanak Dev Ji (the founding father of Sikhism) who travelled around 55,000Km over 30 years teaching people the message of 1 God, my Udasis is to learn the teaching of different culture and religions, I don’t think I will get in so many kilometres or months but strange things happen. I started writing this post on the 12th November, the 550th anniversary of the birth of Guru Nanak Dev Ji and noo better place to start than Mexico, home to 78 distinct indigenous peoples.
https://heyraahi.com/the-travels-of-guru-nana/

As I board the train from Wakefield to Birmingham having packed, unpacked and re-packed my bag several times I’ve still not realised the magnitude of what I’m about to do. Travel, travel around central and south American with a little Spanish and a few dollars in my pocket, yet I’m 100% this is the next step in my life, as I’ve planned things have naturally fallen into place with ease. There are a few tears as I leave my parents on the station platform.

I first travel from Wakefield to Birmingham having dinner with my brother and some friends before catching a flight to Madrid the following day spending the day there with a now ex-work colleague (John) and final catching the flight on Saturday morning.

I make it to and out of Madrid painlessly, dispute the shockingly bad automated passport check and the umper-lumpa looking guard telling me to re-try, after 6 attempts it eventually reads my passport and I’m through. I’ve picked up mince pies as John’s present, either an ex-pat’s dream or nightmare; thankfully mince pies go down a treat, even more so as they are almost impossible to find in Madrid. I only wish I’d brought more!

I leave John’s early enough and get the Metro back to Madrid Airport, check-in and security are a breeze with my AVIOS Airmiles upgraded business class ticket. I get to the VIP lounge and am massively disappointed with the food on offer, I would have killed for a full-English! I sit down with a bowl of olives and a drink to discover the brand new WiFi card had broken. I’ll worry when I need it in Mexico.

I arrive around 6 PM, 48 hours after leaving home and instantly have issues with border control who took a disliking to not having a return ticket or a place to stay. I get detained in the holding room where they take my passport, I’m presuming for a full background check. After 2 hours I’m reunited with my passport and released without an explication.

It’s ‘The Day of the Dead Festival (Día de Muertos), a special day of remembrance for the dead and a public holiday. I’m keen to go out, but 20 mins relaxing on the bed and I’m asleep. Lucky for me the festival is on all weekend and I don’t miss out.

I’m up at 4 am thanks to Jet Lag but I enjoy not having to be up and enjoy the rest. I sit down for breakfast and pick a victim to talk to and help me out, Alex and Italian living in London who speaks very good Spanish. We’re a similar age and get on well, he has some ideas where to go and what to do so we agree to grab a taxi and explore, 9 hours and 15 miles of walking later we return good friends and arrange a beer for the evening.

I convince Alex to see the pyramids (Teotihuacan) the next day and stop another nigh, in return I will travel with him to Oaxaca, I arrived with no plans and I’ve just made my first one, proud adult moment.

Our organised the tour for the Pyramid of the Sun only got it to be cancelled on the morning, not to be deterred we grab a bus which breaks down, a taxi to the bus station and finally a bus to the Pyramids. The site consists of 2 pyramids, Pyramid of the Sun – the largest building in Teotihuacan and Pyramid of the Moon. The original city covered 8 square miles and a population of 125,000 people, most impressively the is still debate as to what the Pyramid as their for, never the less they are impressive!

We take the bus back to the station and book tickets for the mornings 7 hour trip to Oaxaca. We’ve been warned that there are always issues taking the bus, we encounter a roadblock and the diversion takes us into the deep Mexican countryside along dirt roads not big enough for a large car yet two 74 seater coaches manage to squeeze past each other. 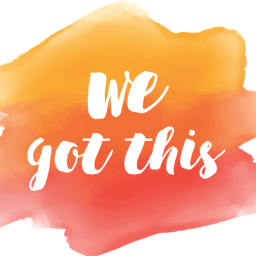